Transportation and health are linked through a wide variety of factors, including pollution from the transportation sector, changes to urban form due to transportation development, and physical activity rates.

Minnesota is right in line with the national average for people who are overweight, and has consistently been two points lower than the national percentage of the population who is obese. Heart attacks occur more frequently in individuals who are overweight or obese.1 Heart disease is the second-most common cause of death in Minnesota, behind only cancer.2 Increases in physical activity through active transportation can help to reduce the risk of heart attacks and other forms of heart disease.

While asthma is infrequently a direct cause of death, it can often result in hospitalization and health care expenses, affecting overall health and local economies. Asthma rates are higher in communities near to major air pollutant generators, such as freeways (Figure 1).3 Negative effects on air quality are measurable within 600 feet of major highways. 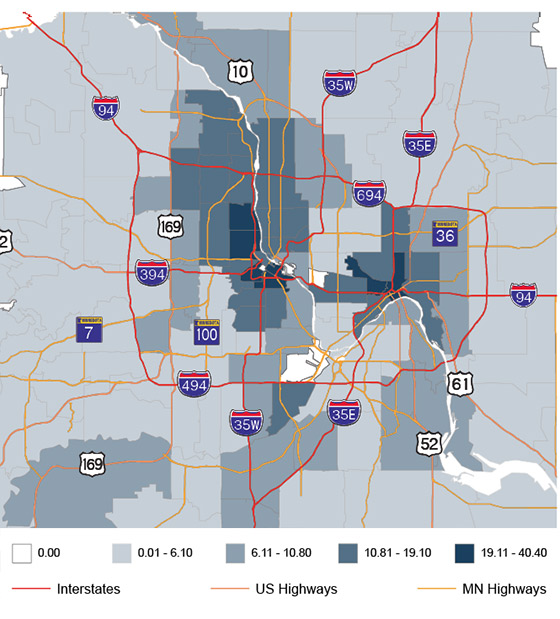 Heat-related illnesses are likely to become a greater concern as Minnesota’s summers continue to become warmer due to the effects of climate change. Data tracked by the Minnesota Department of Health shows that even small increases in the average temperature over the course of a summer can result in more emergency visits to health providers. Further development may lead to increased instances of urban heat island effect.

The ease of movement throughout the world and the rise of air transportation have facilitated travel over distances that may have seemed impossible a century ago. These advances have increased disease risk for human populations. The frequency and number of connections made between different states and countries make containing the spread of infectious disease very challenging. Additionally, increased trade and volumes of livestock moving through Minnesota, the United States, and the world may also cause issues that have significant impacts on our food system and local economies.

Transportation and health care are also linked based ease of access to healthcare providers. This can be especially challenging for individuals and families that do not own automobiles or do not live in an area that provides reliable alternatives to travel by car.

Broadly speaking both the number of fatalities and serious injuries that have occurred on all Minnesota roadways have fallen in the last ten years; 559 in 2005 to 361 in 2014.4 However, Younger drivers and males are over-represented in traffic crashes in Minnesota.5 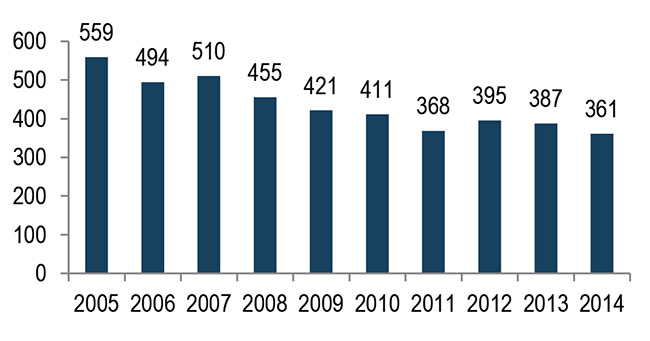