In 2014, freight rail emerged as a key transportation topic in Minnesota, in part due to increases in the amount of crude oil being shipped on Minnesota’s railroads. The impact of a changing railroad industry reaches beyond the rails that trains travel on, affecting communities and the state’s economy in both positive and negative ways. The recovery of Minnesota’s freight rail shipping industry signals that the state’s economy is healthy, despite slower growth following the decline in coal and crude oil shipments nationwide in 2015. Metallic ore was the top commodity leaving Minnesota by rail in 2015, while coal was the top community coming into the state.1

Minnesota’s railroads recently gained attention when the oil boom in North Dakota’s Bakken region led to increased shipments of crude oil on railroads throughout the country. During the boom in 2013, approximately three-fourths of the crude oil produced in North Dakota was shipped by rail. Oil prices began to decline in 2014 and by late 2016, less than one-third of North Dakota oil was transported by rail. The opening of future pipelines, such as the Dakota Access pipeline, will reduce the use of rail for crude oil.

Shipping by rail will remain appealing to producers for its adaptability to market changes. Safety concerns related to rail shipping remain an issue that government agencies and industry regulators are working to address. Communities along the routes have expressed concerns about shipments of crude oil along railroads. There are 743 at-grade crossings of roads and railroads on the more than 700 miles of train routes that carry Bakken crude across the state, with a total financial shortfall of just under $250 million to make all crossings along the route safe.2 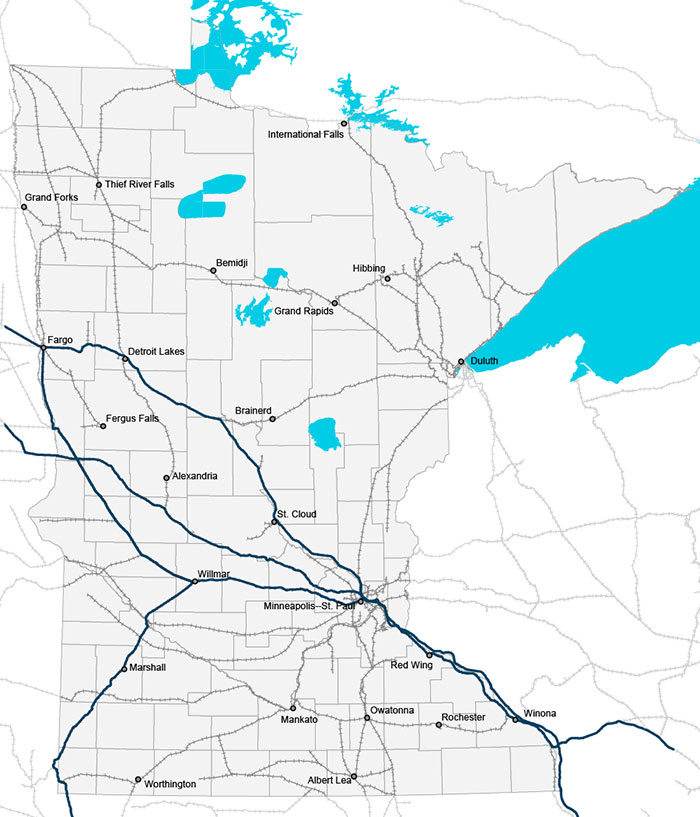