Although the majority of Minnesota businesses say that the existing transportation system meets their needs, though there is cause for concern. Minnesota is part of a sweeping national narrative on the topic of aging public infrastructure in need of investment that is often cited when discussions of public investment in infrastructure come up; the United States is a country of aging infrastructure. Many of the public systems that were constructed to serve communities throughout the country were built between 40 and 70 years ago, when expansion of urban areas into the surrounding countryside necessitated a rapid buildout of highway, sewer, water delivery, and utility systems.

Minnesota is facing a wave of pavements across all roadway systems that are aging and in need of maintenance investments or reconstruction. As pavements near the age of 60-70 years maintenance activities increase in both frequency and cost. MnDOT typically reconstructs roadways in this age range. Figure 1 shows the age of pavements on Minnesota’s state highway system.

Figure 1: Age of pavement on the State Highway System as of 2017 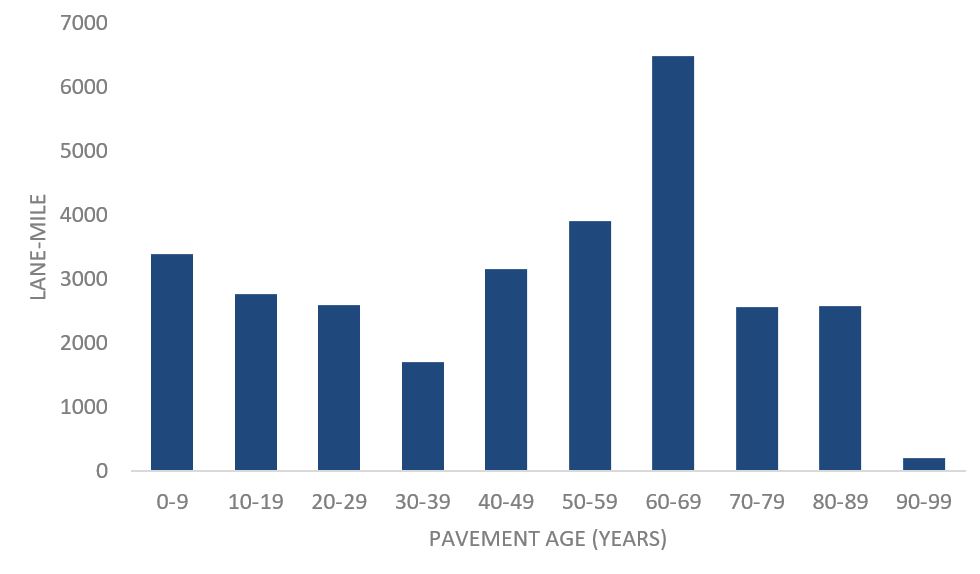 The state’s share of Minnesota’s overall roadway network is small — the chart in Figure 2 shows the proportional breakdown of roadway ownership. Data for local jurisdictions is limited though the broader picture is largely the same. 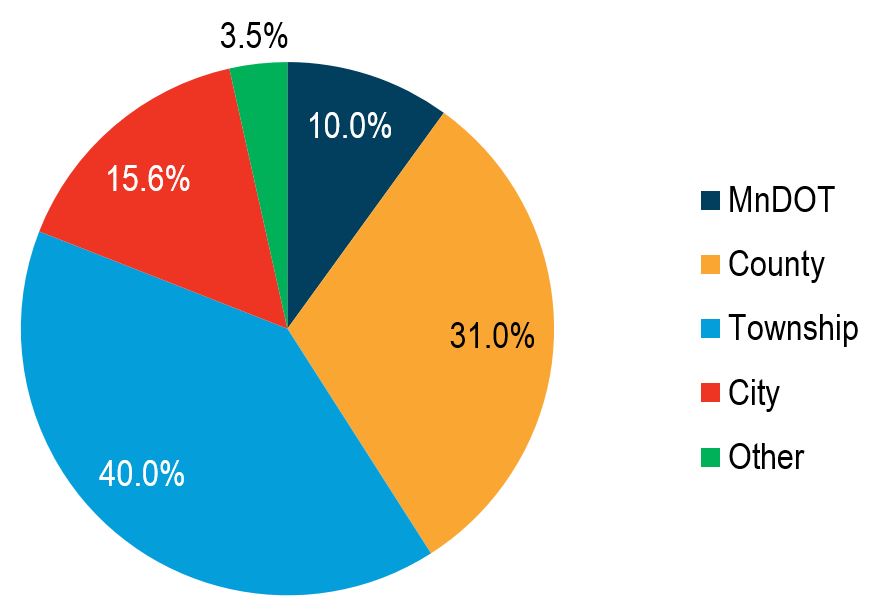 Minnesota’s airports, railroads, ports, and waterways are all also feeling the effects of aging infrastructure. Allocated funding for airport maintenance meets only roughly one-third of the total maintenance need for air infrastructure.3 Railroads, while owned by private companies, also contribute to Minnesota’s large amount of aging infrastructure. Public agencies are responsible for maintaining rail crossing warning devices where roadways cross railroads — it is estimated that 270 of 1,400 rail crossing devices in service have exceeded their useful life and need to be replaced.4 Needs on Minnesota’s navigable waterways are also great — dredging costs continue to rise on rivers and in ports, with a total need of $110 million on the Saint Paul District’s portion of the Mississippi River system (Minneapolis to Guttenberg, IA).